The traditional Heavy Events competition (see below) takes place at the central axis of the park. This year the competition will be divided into two parts – amateur and professional.

The Highland Games wouldn’t be the same without displays and teaching of Scottish Country and Highland Dance, led by the very best Czech and Slovakian dance groups.

What would Scotland be without whisky? I think the answer is obvious. And it certainly won’t be missing at Sychrov this year! The 19th Sychrov Highland Games will be hosting its 9th Whisky Festival, where visitors can taste a range of whiskies.

Starting on Saturday morning, the Main Stage will host top Scottish and Irish bands from the Czech Republic and abroad.

There’s lots to do for our youngest visitors, too!

Last year saw the third Sychrov Highland Games Golf Demonstration. Together with whisky and the kilt, golf is one of Scotland’s “national treasures” (for those who don’t know, Scotland is generally considered to be the home of golf).

The Sychrov Castle Falconry will be open for visitors to see a large variety of birds of prey (including the golden eagle, steppe eagle, eagle owl, snowy owl, long-legged buzzard, red-tailed hawk, etc).

One of the fringe events at the 19th Sychrov Highland Games will be the 12th annual meeting of British Classic Car owners, whose shiny beauties will be parked in the Castle grounds. If you are the proud owner of such a vehicle and would like to take part, do not hesitate to contact us by email.

A favourite amongst visitors to the Sychrov Highland Games is our “living museum”, which offers insights into the lives of warriors in the distant past, when Celtic tribes occupied the country, up to the 20th century and World War II.

As every year, we will be trying to gain an entry in the Czech Book of Records (published by the Good Day Agency).

Last year, in line with other Highland Games events, we opened our first Clan Tents for those who have some connection to one of the Scottish clans.

The Piper on the Tower

The Sychrov Highland Games draw to a close at midnight on Saturday with the traditional playing of the lone piper on the Sychrov Castle Tower.

The program of the 20th Highland Games is under preparation…

The unofficial Friday evening program has become part and parcel of the Sychrov Highland Games, and this year is no different. Everything kicks off at 8pm on Friday evening in front of the castle, between the fountain and the main gate. There will be fun and dancing for everyone, and so we’ve called this year’s Friday evening Scottish Dancing for Everyone. Dancing displays and teaching will be provided free of charge by The Caledonian Club.

Refreshments will be available, including at our new Cocktail Bar with plenty superb whiskies (and whiskeys!).

And for the fourth time in our 19-year history, come and play a round of golf at our stylish Scottish Golf Tournament 4th Highland Games Sychrov Open. Enjoy excellent sports service and soak up the atmosphere of the country that gave the world golf.

ticket price on the spot

Included in the price of the ticket in advance is one dram (0.02l) of Glenfiddich 12-year-old single malt whisky
(for ticket-holders 18 years and over).

Children up to 15 years and Blue Badge holders – admission free
The Friday evening program is free of charge
Bring your dog free of charge – but please make sure the animal is on a leash and under permanent supervision of its owner. Pet owners are responsible for cleaning up after their pets promptly.

As in previous years there will be a (paid) camp site for tents available in front of the castle gates. The campsite will be open from Friday afternoon until Sunday afternoon. Accommodation is also available at a number of local guest houses. 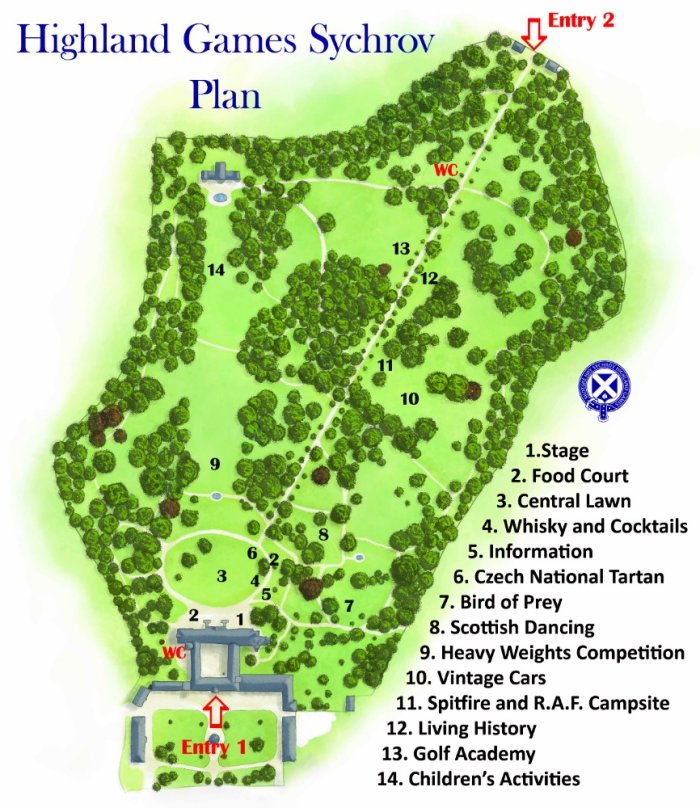 Click on the collage to see all Highland Games photographs from 2007 to 2018.

Just like the kilt, tartan, whisky and bagpipes, the Highland Games are a central pillar of Scottish history and heritage.

For hundreds of years, Scottish warriors tested their strength and fleetness at the Braemar Games, established by King Malcolm III (Canmore) in the 11th century. The king assessed the strength, fleetness and bravery of his warriors, selecting the best for his closest warriors-in-arms. In the Kingdom of Fife, the Ceres Games have been held more or less regularly since 1314, when King Robert the Bruce gave villagers permission to hold the Games to celebrate his victory at the Battle of Bannockburn. However, the Games were not just for the ruling class: individual clan chiefs and local aristocrats held Highland Games, too. In pretty short order, the Games spread to all corners of Scotland.

Over the centuries, the Games became ever more popular in Scotland. More and more contestants competed and crowds of people came to watch. However, the centuries old tradition came to an abrupt end in 1746. The Scots were defeated at Culloden in 1745, which spelt the end of the entire Scottish uprising against English domination, resulting in the 1746 Act of Proscription which banned the wearing of the kilt, the use of tartan, and whole range of other prohibitions which quickly wiped out the ancient Scottish heritage, including the Highland Games. The Act was abolished in 1782, and the Games started to be held again. Their popularity rocketed, demonstrated in 1822 by a royal visit from King George IV.

Today the Highland Games are a world-wide phenomenon, with competitions in the USA, Canada, Australia, Belgium and other countries, as well as in the United Kingdom. The emphasis, however, has changed. The Games are no longer a showground for warriors, but a social event with sporting challenges, live music and dance with participants coming from the local area as well as from far-flung corners of the globe. The 2001 Sychrov Highland Games endeavoured to tap into this ancient tradition and for the first time in Eastern Europe we organised a traditional Games on a similarly wide scale for the general public.

I organised my first Highland Games in 1999 as a private event for friends. Little did I know the impact that would have just two years later. Thanks to excellent cooperation with Sychrov Castle management, I ventured to acquaint the pubic with the culture and history of Scotland. Judging by the thousands of visitors we see year on year, the participation of amateur and professional sportsmen and women from the Czech Republic and abroad (eg the Czech Olympians Lukáš Melich, Tomáš Staňěk, Eliška Klučinová and others, and one of the most successful Highland Games competitors Ladislav Tuláček), media interest (Czech and foreign) and positive feedback from spectators, it would seem it has been a success.

I owe a huge debt of thanks to my wonderful colleagues and friends, without whose dedicated assistance this festival simply would not happen. I sincerely hope the 19th Sychrov Highland Games will bring you enjoyment, fun and, above all, happiness.

I look forward to meeting you! 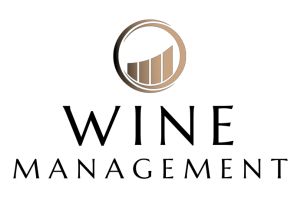